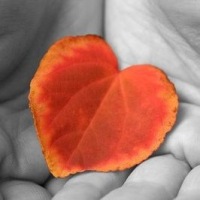 
A cross-stitcher was very naughty in this earthly life and didn't go to heaven. At the gates of Hades, she was met by the Devil. "Welcome," he said, smirking at her. "Let me show you around your eternal home."
The Devil led her to a large room that looked uncannily like a large needlework shop. The stitcher blinked her eyes, wondering if what she saw was an illusion. No, it was true. The most wonderful needlework shop she had ever seen was right before her. Still unbelieving, she asked, "Is this real?" "Of course," murmured the Evil One. "Reach out and touch it."
The stitcher was worried that she would be zapped by 1000 volts, but reached out anyway, unable to help herself. IT WAS REAL! "May I look around?" she asked excitedly, all the while thinking, This can't be Hell! This is too good! "Of course," said the Devil. "This is your eternal reward." The stitcher began to survey the particulars of her damnation. There was every chart ever published, including all the ones that were out of print in her lifetime and could never find. There was a full run of each needlework magazine, including all the old ones with the historical examples - and each issue was pristine. She continued to look with wonder. Every thread imaginable was there; silks, cottons, metallics, pearl cottons, over-dyeds, hand-dyeds, rayons and twisted-rayons (Yes, maybe I am in Hell, she thought when she saw those)
Her eyes lit up when she saw the piles and piles of fabrics. There were bolts and bolts of every colour and every type. An array of beautiful thimbles were hers for the choosing, as were scissors and clever needlework gadgets; all organized just as she would have done it on earth.
And there, beside her favourite earthly stitching chair, were all her unfinished projects!
Yes, she thought, you can take it with you. I have all the time I want now. I'm going to finish them at last.
The stitchers fingers were just itching to get going! She turned to Beelzebub and said, "THIS IS HEAVEN ! ! ! "
"No," he rejoined. "This is Hell. DO YOU SEE ANY NEEDLES?"
новости размещение рекламы / контакты благодарности связь с администрацией ответы на вопросы смс рассылка
Gallery.ru